Do not let their voice break down: What is this campaign about and how to help? 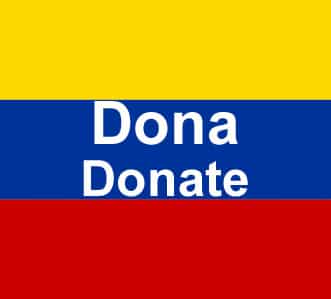 The earthquake last 16 April devastated the provinces of Esmeraldas and Manabí, on the coast of Ecuador. In this area, the plight deepened due to lack of information, as the tragedy also hit the media outlets.

Those affected were local media outlets, small family-run companies, which in many cases have been reduced to rubble. Many of their workers (at least 80 people) lost everything: their homes, their jobs and their families. But, convinced that their work is essential to heal the wounds left by the earthquake, and for the reconstruction, they have not lost their vocation to communicate with their communities when they most need it.

“Something told me to put the radio station on the air. On Tuesday 19 April we tested until 2.00 a.m. the next day, we slept in the car, and at 5.00 a.m. on Wednesday we went on the air. People began to call, glad that at last the radio station was broadcasting. It was very hard. What we did was cry and listen to everyone’s tears”, said Gary Cobeña, owner of Radio Altamar, one of the two radio stations in Pedernales. This media outlet suffered the loss of their secretary, who was inside when the building collapsed.

Radio Tropical, based in Pedernales, also had terrible losses. The building where this station was broadcasting was completely demolished. The only survivor was the owner of the radio station, Marcelo Cepeda, who lost his wife and his three grandchildren. Almost one month after the earthquake, and with the support of his colleagues, Marcelo gathered the strength to put the radio station on the air again, with borrowed equipment, broadcasting from the home of the news director. “We want to be together with our people. Our loved ones have now gone from this world and we strongly hope to get Pedernales back on its feet; that is our mission, the journalist’s mission, the mission of a broadcaster”, he told FUNDAMEDIOS.

The media outlets in the city of Bahía de Caráquez are also in a critical condition, where two radio stations suffered great losses and their employees were left in a vulnerable situation. Julio Barreto, broadcaster and operator of Bahía Stereo, is one of them. He is living in a shelter in the central park. “The place where we were living collapsed and we were left with only the clothes we were wearing. But material items are the least of our worries, I lost my brother in the earthquake (he also worked at the radio station). He asked for help but they couldn’t save him”.

According to the mapping carried out by FUNDAMEDIOS, 16 media outlets are in a similar situation, having suffered severe damage in the disaster area, who are operating provisionally and, in some cases, in conditions that are still unsafe.

On 3 May past, World Press Freedom Day, together with other organizations, we launched a solidarity campaign ‘SO THEIR VOICE WON’T BREAK’ with these media outlets. The objective of this initiative is to guarantee their operability, covering their material losses and providing them with the equipment they need.

From FUNDAMEDIOS, the main civil society organization working in the promotion and defense of freedom of expression in Ecuador, we want to ask for your help to rebuild these media outlets. By supporting a media outlet or through donations of equipment, your generosity is crucial for the voice of the affected communities to be heard.

International donations can be made to the following bank account:

Any additional information may be requested by email at mediosterremoto@gmail.com.