Do not let their voice break down: Stories in pictures 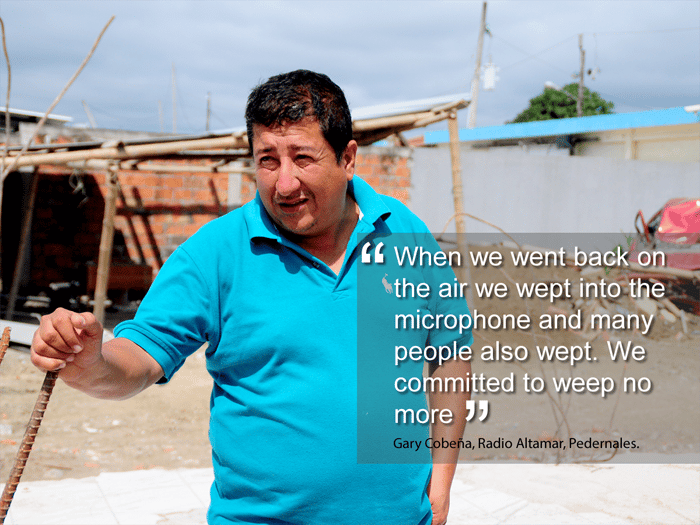 The building where Radio Altamar operated in Pedernales was destroyed by the earthquake of April 16, 2016. On the fourth day after the earthquake, with borrowed equipment and a diesel generator, it began broadcasting again, urging people to remain calm and respect order and asking them not to leave Pedernales.   Thus the slogan was born: «We’re not leaving, we’re staying!» .

Radio Tropical’s owner, Marcelo Cepeda, along with his collaborators, decided to rebuild the radio station in Pedernales. After gathering borrowed and rented equipment, they were back on the air on May 11. 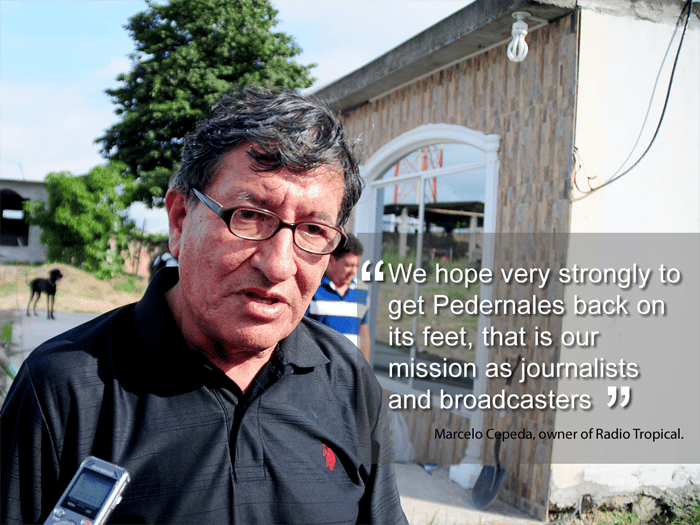 Seven people work at Radio Tropical in Pedernales. Four family members were killed and at least three radio employees were left homeless. One of them is William.

Bahía Stereo is a popular radio station founded in 1973 by the Velasteguí family. They wanted to go back on the air to convey calm and provide information to the people of Bahía de Caráquez after the earthquake. 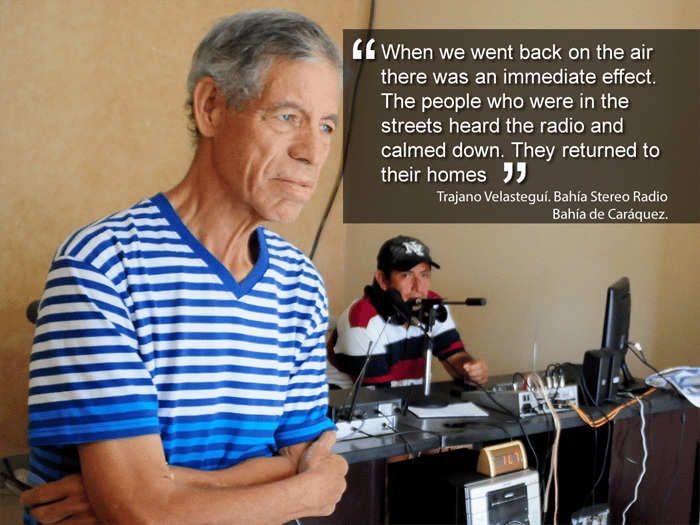 Four people worked permanently at Bahía Stereo Radio, one of them died in the earthquake. 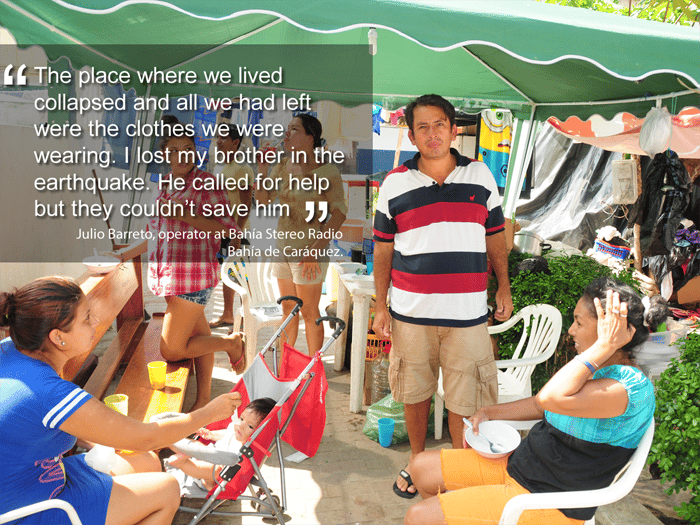 The building where Radio FB operated in Bahía de Caráquez completely collapsed. In temporary premises and with rented equipment, the radio station went back on the air on April 28. Six people worked at Radio FB. 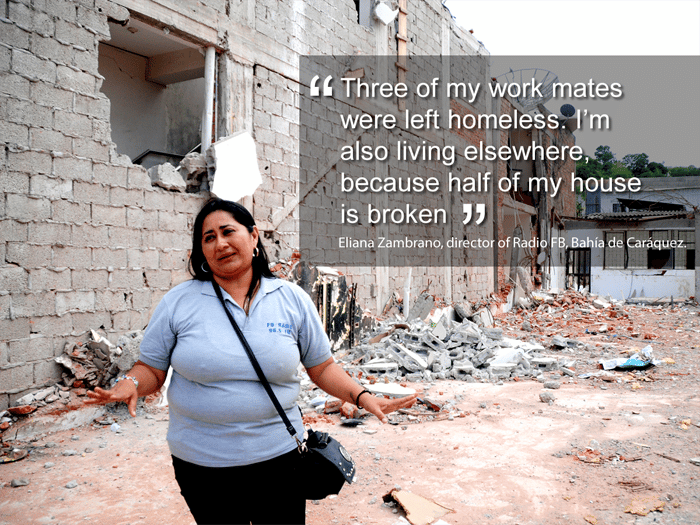 Hechos Ecuador is a family digital media outlet created by Richard Macías and his wife Paola Rivera in Chone. The building where the outlet operates and where the family lives was severely affected by the earthquake. 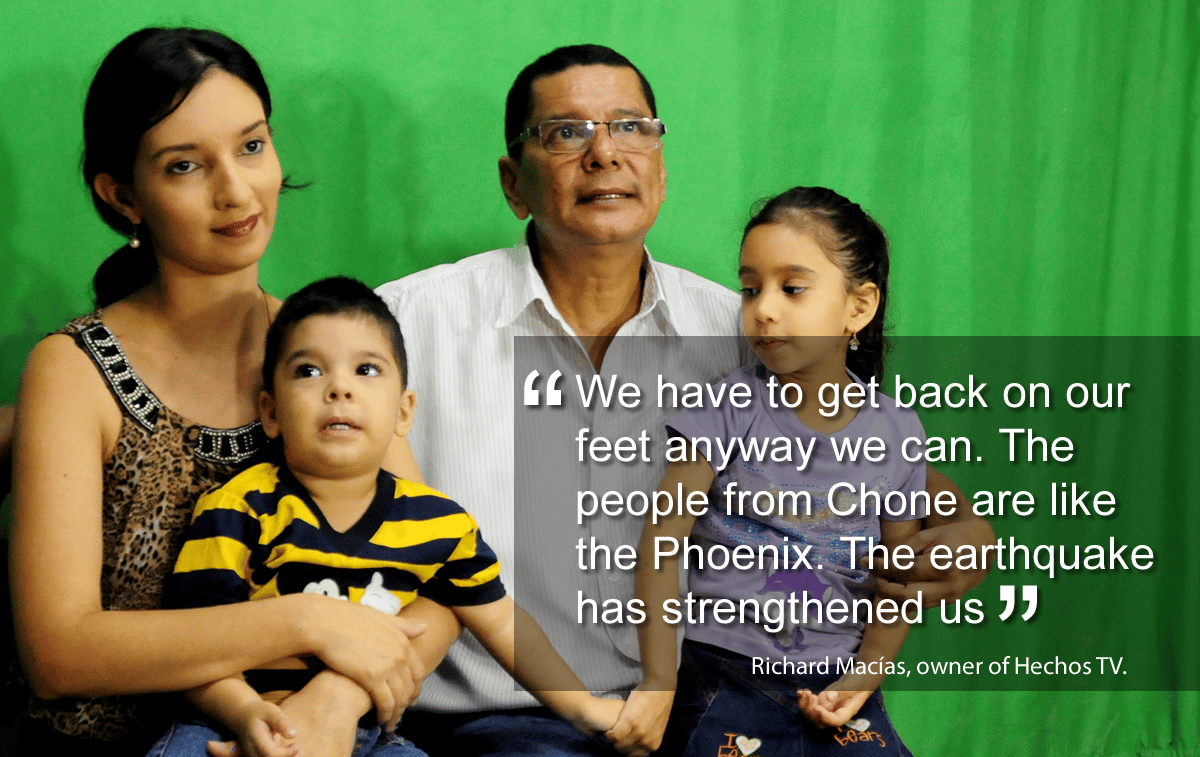