Tender for frequencies should be suspended 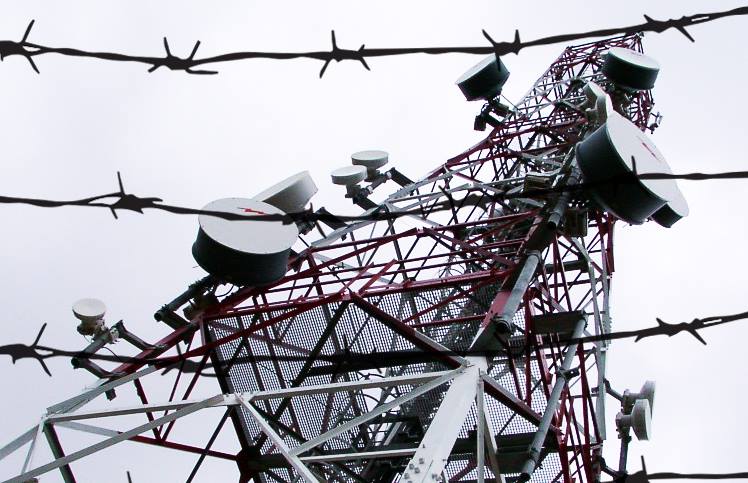 Fundamedios, a civil society organization that promotes and defends freedom of expression in Ecuador, has requested authorities from the Agency for the Regulation & Control of Telecommunications (Arcotel) and the Council for the Regulation & Development of Information & Communication (Cordicom) to suspend the tender process for the award of 1,472 frequencies.

This would be the largest tender for frequencies in the history of media in Ecuador and probably the region. A process of this magnitude should not generate doubts, but instead be implemented according to the principles of independence, transparency, accountability, justice, diversity and inclusion, in accordance with international standards. Of particular importance are the Standards of Freedom of Expression For Free & Inclusive Broadcasting, issued by the Special Rapporteur for Freedom of Expression (RELE for the Spanish acronym) at the Inter-American Commission on Human Rights (IACHR).

None of these principles is guaranteed in the forthcoming tender process in Ecuador. The issue of greatest concern is that the bodies responsible for the assessment of applicants, Arcotel and Cordicom, have proved themselves to be independent of neither political nor economic power.

With its history of granting temporary irregular frequencies to an economic group that collects media outlets of all kinds, Arcotel shows clear favoritism for certain companies. Cordicom is run by a political activist who lacks qualification, experience or knowledge in the field of telecommunications and media. In addition, the authorities themselves have admitted that they will fail to comply with the allocation of 34% of frequencies to community media. This situation is a direct result of the lack of public policies supporting these nonprofit media outlets.

With these elements, a major opportunity to diversify and expand the plurality of voices needed in a genuinely democratic society is in danger of becoming a tool of control and political pressure. This danger is heightened by the fact that the general election is fast approaching; a time when it is critical that all political movements are guaranteed free access to the media. Without a free press there are no free elections.

HOW IS THE TENDER PROCESS FLAWED? THE ARGUMENTS

CONTROL BODIES’ LACK OF INDEPENDENCE
With Arcotel and Cordicom running the tender process, this jeopardizes not only the right of each person to express themselves freely, but also the right of citizens to receive the maximum possible diversity of information and ideas. In this regard, RELE states that, to ensure free and inclusive broadcasting, it is necessary that “the authority that enforces and controls broadcasting is not subject to political interference from the government or private sector linked to broadcasting.”

ARBITRARY DEADLINES
It should be mentioned that the tender process establishes a time frame that could put participating media outlets under great pressure, not just in terms of tight deadlines but proximity to the election. On this issue, RELE has indicated that the lack of regulations establishing objective criteria and deadlines could create a situation of uncertainty and pressure for media outlets who wish to renew their license. Officials have stated that the results of the tender will be announced in December, just days before campaigns are due to start for the 2017 presidential and legislative elections.

DISCRETION TO JUDGE EDITORIAL LINE
The assessment parameters of the communication plan that must be submitted by natural and legal persons wishing to bid for a frequency were developed by Cordicom. These guidelines could lead to a clearly biased outcome because they require participating media outlets to state their ‘orientation.’ This could be interpreted as an appraisal of the outlet’s editorial line, implying unequal conditions for those who maintain a critical or opposing position.

In this regard, RELE has indicated the following: “Allocation requirements should be enshrined in clear and precise laws to avoid any discriminatory consideration that could affect the allocation in question, for example regarding the political or religious ideas or other aspects of the person applying for the license.”

CONCESSIONS TO BE WITHDRAWN IN RESPONSE TO COMPLAINT
RELE has indicated that countries or regions where media ownership is very concentrated should balance this with broadcasting regulations to encourage the plurality and diversity of voices. RELE goes on to state that the withdrawal or renewal of frequencies and licenses for discriminatory or arbitrary reasons should be avoided.

Contrary to this standard, the Ecuadorian frequency tender process implements Article 112, Paragraph 9 of the Communications Law, which refers to grounds for terminating frequency concessions. This Article makes it possible for Cordicom to withdraw a concession in response to a complaint from a natural and legal person regarding any alleged breach of the media outlet’s communicational plan. Considering the lack of independence of the control body, this could become a tool of persecution and harassment of media outlets which maintain investigative editorial lines.

LACK OF INDEPENDENT CITIZEN OVERSIGHT
As presented, the format of the tender does not formally establish a mechanism to ensure the participation of citizens in the process. In this regard, RELE has indicated that the method for the allocation and renewal of frequencies should be transparent and public and that, in order to reduce possible arbitrariness, public hearings should be considered as a means of ensuring citizen access to public information. This should ensure the effective participation of civil society in the decision-making processes.

INADEQUATE CONDITIONS FOR THE CURRENT COMPETITION
The Communication Act, passed in June 2013, established the requirement for radio spectrum frequency concessions to be awarded via public tender. To date, two previous tenders for community frequencies, held in 2012 and 2014, were unsuccessful.

The current tender is for the concession of nearly a thousand radio frequencies (846 FM and 148 AM) and 478 UHF television frequencies. These include frequencies of radio stations with important news programs, such as Radio Visión, Centro, EXA Democracia, Sucesos, Platinum FM, Sonorama and Mundo FM. Licensees can bid for the frequency they currently occupy.

No tender will be held for VHF television stations. Thus, frequencies for 180 stations will expire, including those licensed to Ecuavisa, Teleamazonas, GamaTV and Telerama. These stations must bid for a UHF frequency, meaning they will have to change channel on the eve of an election. According to Ana Proaño, Director of Arcotel, this is the ‘first step’ in the migration to digital TV, a process which still has no anticipated time frame.

The Telecommunications Minister, Augusto Espin, has stated that the tender will not meet the allocation set out in the Communications Act, which dictates that 33% of the media should be private, 33% public and 34% community based. According to Espin, this ratio will be achieved ‘progressively’, although the Act does not mention the option of a gradual approach in the distribution of frequencies.

Taking all these facts into consideration, Fundamedios calls for international institutions which defend freedom of speech and the press, as well as networks and organizations which protect the press, to closely monitor the contest and share any concerns.

We urge the authorities to show a minimum of sensitivity or awareness of the magnitude of the opportunity by suspending the current tender and initiating a broad discussion with all sectors so that, on the basis of minimum standards, regulations are developed that truly guarantee a step towards the existence of a plural and inclusive media.

And, above all, we want to draw the attention of all Ecuadorian citizens to the fact that, with the current tender process for the concession of 1,472 frequencies, we are facing a potentially lethal blow to freedom of speech and the press in Ecuador.